The colonial era of Mexico, when it was known as La Nueva España or New Spain, stretched on for 300 years, from the 16th century into the 19th. During this period, the Spanish destroyed many of the original sacred temples and religious sites, replacing them with buildings that reflected the style of architecture found in Spain.

Examples of its colonial past can be found all over the city of Oaxaca. Many of these buildings have been restored and are still in use today, the churches providing daily services, and monasteries and mansions repurposed as museums, galleries, shops, and hotels. Sadly, other colonial buildings are crumbling, victims of time and neglect (not to mention several substantial earthquakes that have rattled the city over the years).

Behind the doors of Iglesia de Santo Domingo, a wedding ceremony is just about to conclude. The performers are waiting for the doors to open so the celebration – often lasting well into the night, and even into the next day – can begin. 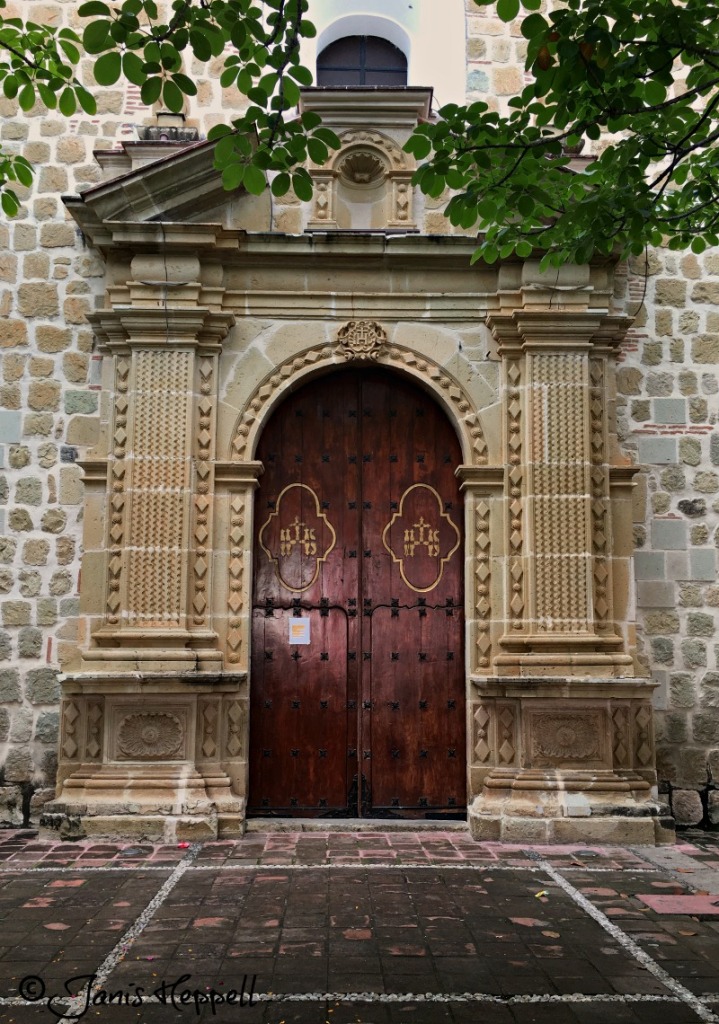 A side door of the Templo de San Matías Jalatlaco. I was tempted to remove the little white sign before I took this picture, but was afraid I’d be struck by lightning. 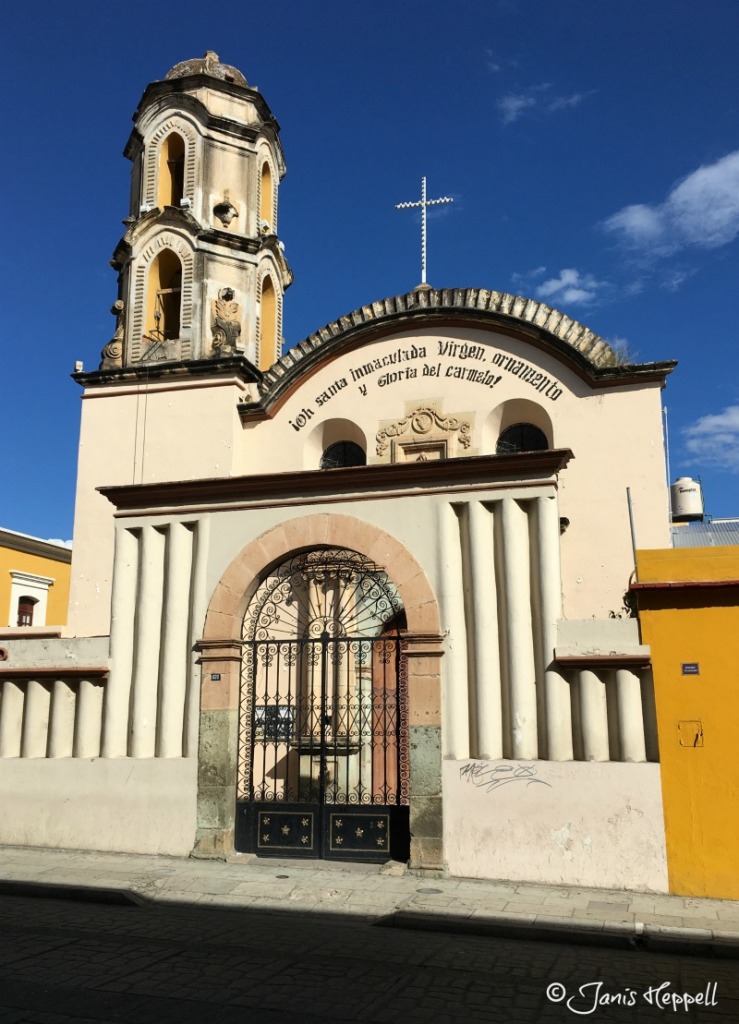 This church was rather simple compared to many of the huge stone churches in Oaxaca, but that’s probably why I liked it so much… that and its lovely iron gate.

The magnificent Teatro Macadonio Alcala hosts performances ranginging from operas to plays and classical concerts. My husband and I attended a performance of Madama Butterfly, which is set in Japan, live-streamed from the Met in New York, sung in Italian with Spanish subtitles. What a world.

Thursday Doors is a link-up of fellow door aficionados generously hosted by Norm Frampton. Head over to his blog to view all the amazing doors he and others have posted.